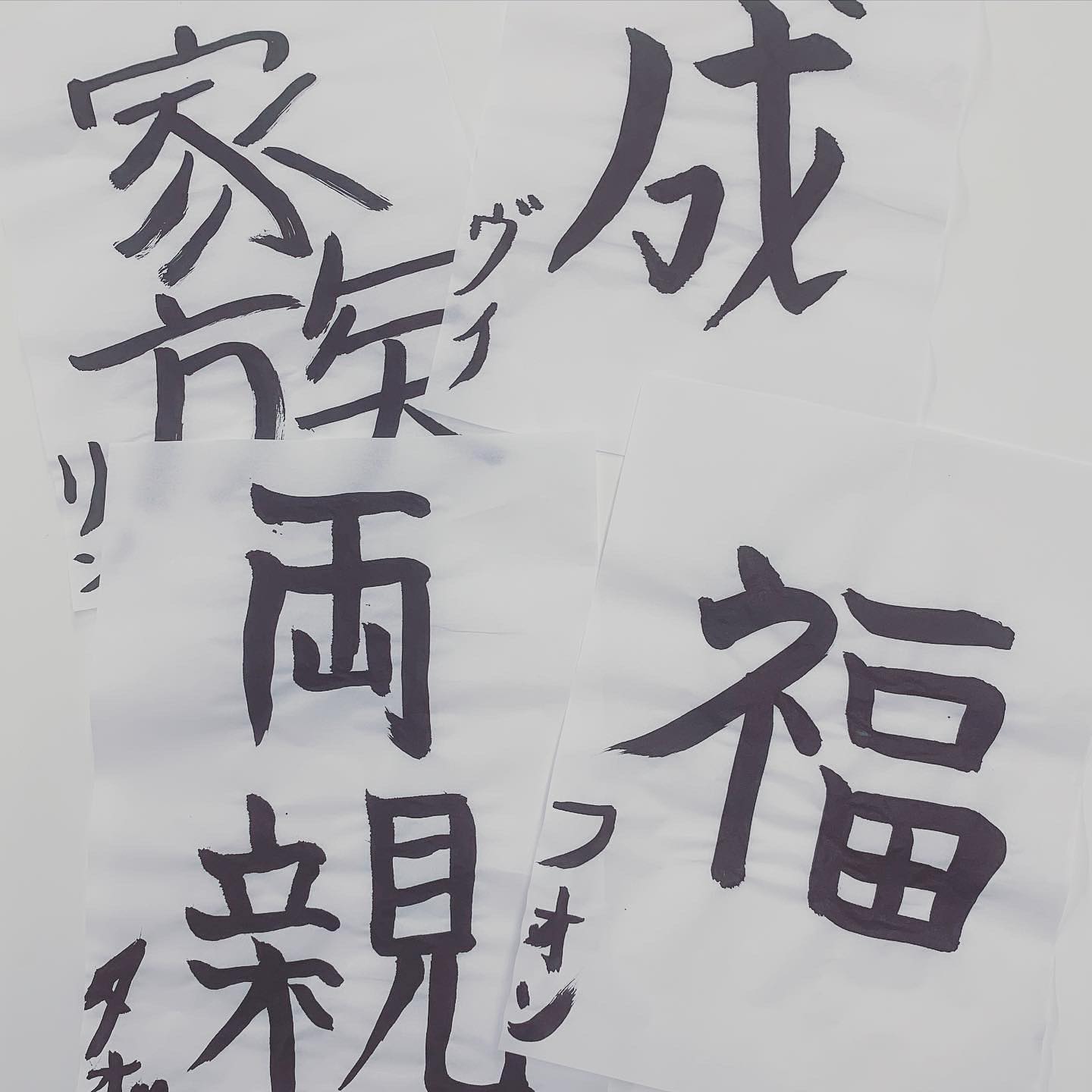 Today, I’m going to talk about the words that the graduates left behind at Earth Foreign Language Institute!

I think you all know that japanese characters themselves have meanings.

My name is “Tomowa”, but “friend” means friendship and friends, and “wa” means peace, softening, and softening.

In this way, if you look at the character itself, you can see the meaning.

If you look at the characters themselves, you can understand your thoughts.

If you look at the characters themselves, you will have power.

Also, if a character is used by a particular person in a specific way at a specific time, the meaning of that character becomes stronger.

Each of the graduates thought about their own words, looked for them, wrote them, and left them behind.

Words have a mysterious power.

We Japanese call it “the spirit” and believe in its power.

The words you have left behind will have a mysterious power.

Until the day when the wishes of all the graduates come true. 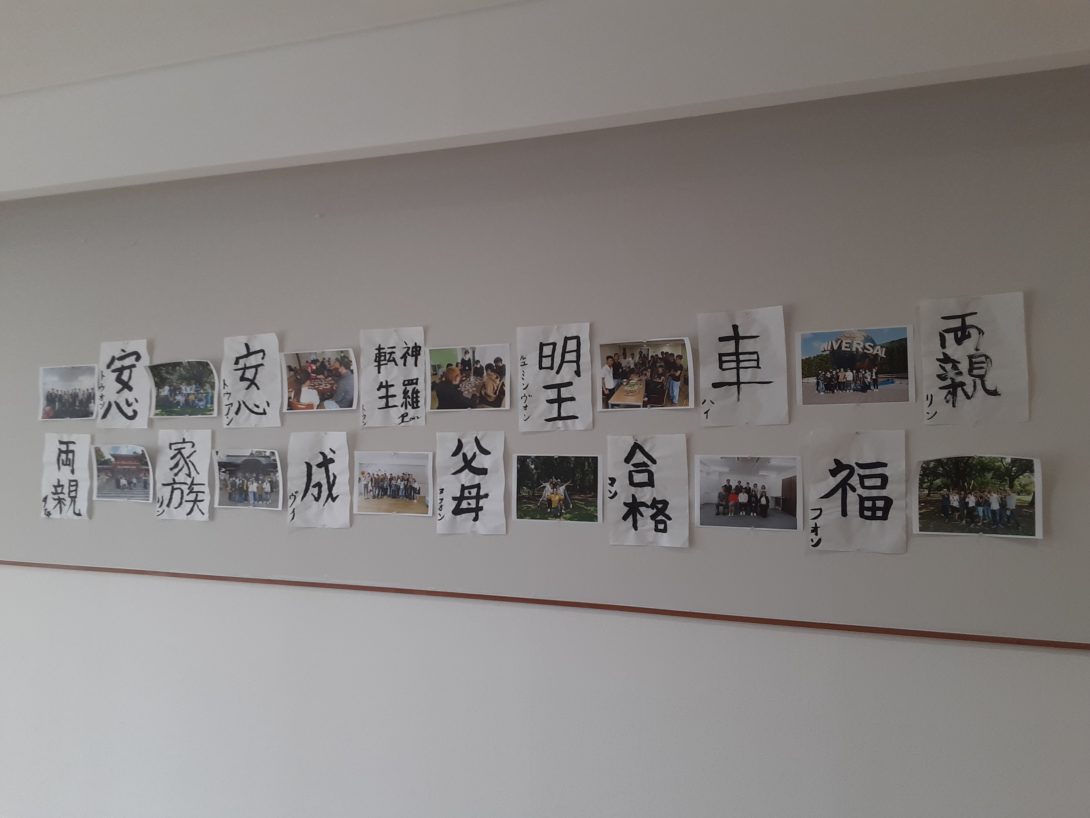